Today (30 October 2019) is the 60th birthday of our founder and MD Andrew Coulbeck, who has worked in fish since he joined his father’s family business at the tender age of 16. To mark this milestone, Andy muses for us on some of his memories of the industry in Grimsby.

Andrew’s first job was back in 1975 when he started filleting and skinning dogfish. By the time he was 23 he was also courting his future wife and business partner, Louise. She says, “The smell of those fish really got into your pores: no matter how many baths you took you would start to pong if you got hot and sweaty. I well remember Andy taking me to a nightclub and, as the temperature rose, we overheard someone complaining they could smell fish… my poor boyfriend hesitantly suggested we go home early to save us both embarrassment!”

It was a different era back then and the Grimsby fish business was a tough, masculine one.  When Louise popped into work to see Andy all the men would stand on the pontoon and whistle.  “There were so few women working on the docks in those days we had to run the gauntlet if we went down there.  Fortunately times have changed and I’m proud that our own company is more than 50% female these days!”

Andy says he has some fond memories of his life in fish and wouldn’t change a minute of it.  “Though I had dreams of being an artist when I was younger, somehow given my family background it was inevitable I’d end up doing what I’m still doing today,” he says.

“I’ve also got many fond memories of the old days, though things have changed immeasurably,” Andy says.  “Farmed fish has expanded enormously, which of course has been hugely important for our own business.  And though Grimsby has fewer trawlers and fish merchants, my hometown is now the biggest seafood hub in Britain!”

He adds: “I still enjoy coming to work every day… though I do look forward to some freer time in the next few years to pursue other things (like my love of skiing).  Our company is in great shape now for the next generation of the Coulbeck clan to take us forward into the future.”

Some memories of a life on Grimsby Docks

“Solly’s café was the place where everyone went for breakfast and numerous cups of tea.  “Rita at Solly’s was famous for knowing everyone’s order as you went through the door... she’d have your breakfast on almost before you got to the counter.  But many of the stories of what went on in there are best left unpublished… (!)”

And wellingtons were (and still are) regulation footwear on the docks – but back then also a source of endless amusement.  As Andy says, “People would have dried peas dropped into the back of them whilst they were walking around in the Auction Market, a very painful experience.  Or table forks were put inside so that when you tried to take your foot out the fork would stick in your socks, making it impossible to remove.  Anyone caught by this prank might well find themselves having to cut their wellies to get them off.” 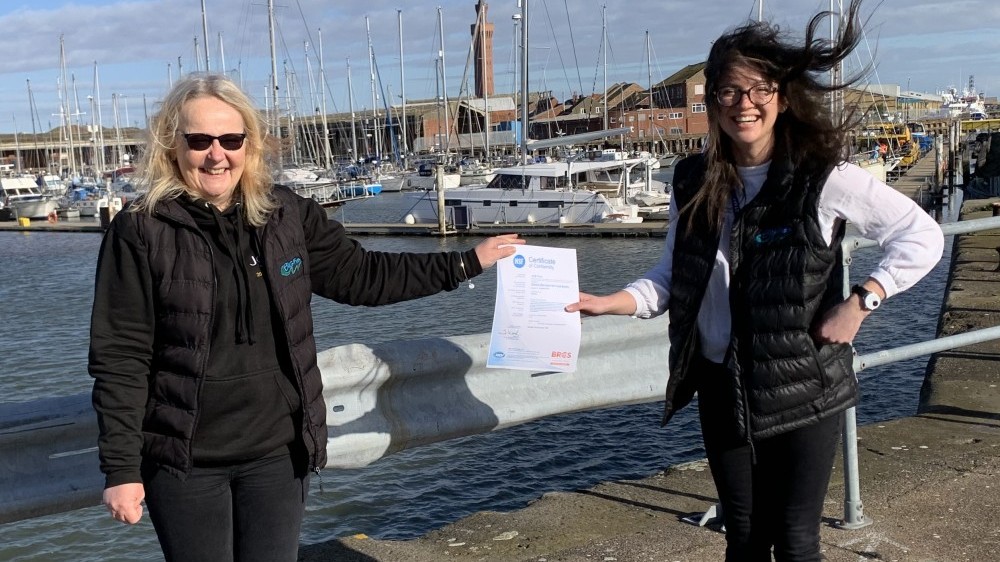 Here at JCS Fish we're once again celebrating achievement of the BRC Global Standard for Food Safety, despite the huge complexity and challenge of being comprehensively audited under COVID conditions.